May 5, 2019 – Appalachian Trail Museum opens an exhibit for Walkin’ Jim

Rain poured from the sky as friends old and new gathered for the Appalachian Trail Museum Hall of Fame Festival on Sunday, May 5th, 2019.  The festival was held on the grounds of Pine Grove Furnace State Park in Gardners, PA  – halfway point of the nearly 2,200 mile A.T. and home to the Appalachian Trail Museum itself – now in its second decade. The museum is housed in a historic 200+ year old stone building which was the grist mill to an iron-forging community in the late 1700’s. www.atmuseum.org 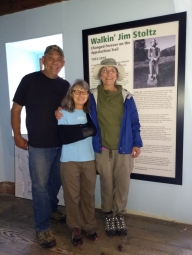 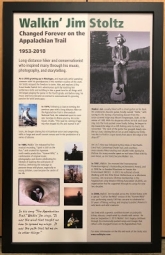 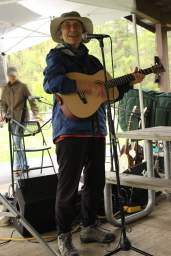 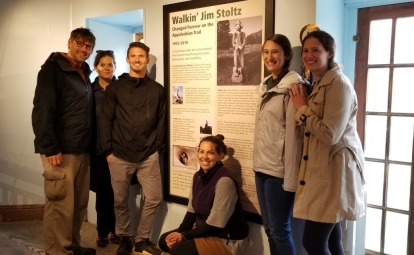 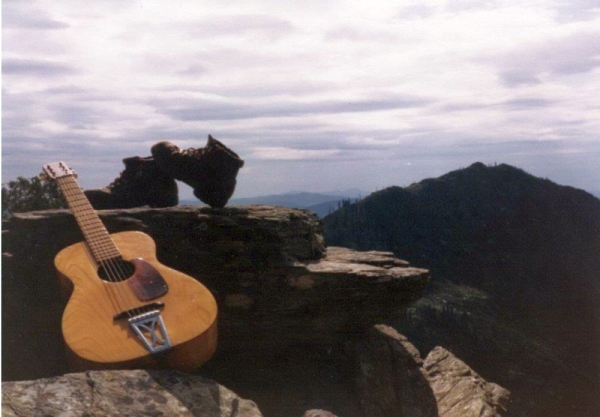 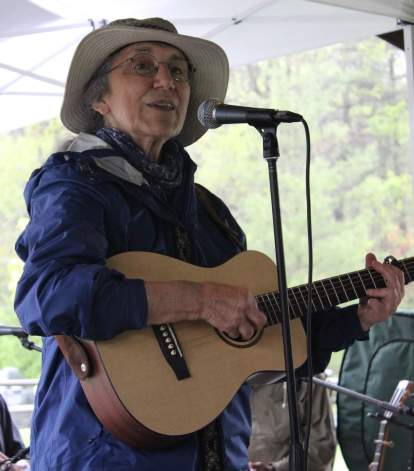 A large pavilion full of dozens: dignitaries, speakers, volunteers, hikers, authors, musicians, historians, friends and relatives, provided protection from the weather and a gathering space for all of us united by the trail.  Musicians set up music stands and speakers on one end of the space, while food preparations were made on the other end.  Despite the rain, celebration was in the air as speakers shared stories and praise for the A.T. Hall of Fame “Class of 2019” who had been inducted into the Hall of Fame the previous evening – Jean Cashin, Paul Fink, Don King and Bob Proudman.

This day, 5 new exhibits in the new upper level of the museum were unveiled. One of which is to honor and remember “Walkin’ Jim” Stoltz.  Walkin’ Jim’s family and friends came together from as far away as Alaska, Montana, Michigan and more for the weekend to reunite, honor, remember, laugh together and share in this special recognition for Jim.  Jim’s nephew, Josh Stoltz, stood up to introduce Jim from his memories as a young boy.  (Josh has gone on to become a remarkable man.)  Friend and author, Cindy Ross, talked about Jim’s important role of not only supporting the idea of “wilderness time” and helping to raise funds for the AT Museum and his support of the trail itself, but his time spent in classrooms sparking the wonder of the natural world in the minds of youth. Kevin, “Hawk” Metheny, from the Appalachian Trail conservancy spoke of Jim’s contributions to and history with the AT.

Susan Grace, Jim’s sister, told stories and sang some of his songs so clear and strong, including Jim’s signature song “Forever Wild” which he sang from mountaintops to caves, classrooms to concerts, and everywhere in between.   It was an emotional and memorable event for all who attended for many reasons.  This weekend was a reminder and reunion, as Walkin’ Jim would say, of our “Friends Along the Way”.

Many thanks to Larry Luxenberg, Gwen Loose, Lorrie Preston and many more who have helped see this through.